Dialogue comes from the Greek roots dia- (“through” or “across”) and -logue (“discourse” or “talk”);
Solution a means of solving a problem or dealing with a difficult situation.


Conversation or dialogue was at the heart of the “Socratic method,” through which Socrates would ask probing questions which cumulatively revealed his students’ unsupported assumptions and misconceptions. Asking a series of questions was considered by Socrates a method of “giving birth” to the truth. The goal was to “elicit a clear and consistent expression of something supposed to be implicitly known by all rational beings.”

Our overarching goal is to create a space in which dialogue-based problem solving and skills development supports better choices and better outcomes throughout the Caribbean.

At Dialogue Solutions our vision is grounded in the belief that with the right support and expertise conflicts can be transformed into opportunities, and disputes can flourish into productive relationships. Our expertise has value to business and national development. Dialogue Solutions is growing a company on the basis of the value exchange between the skills we have harnessed as the industry leader in all areas of alternative dispute resolution and the efficiency that results from positive conflict transformation.

At Dialogue Solutions, our vision is grounded in the belief that with the right support and expertise conflicts can be transformed into opportunities, and disputes can flourish into productive relationships. Our expertise has value to business and national development. Dialogue Solutions is growing a company on the basis of the value exchange between the skills we have harnessed as the industry leader in all areas of alternative dispute resolution and the efficiency that results from positive conflict transformation. 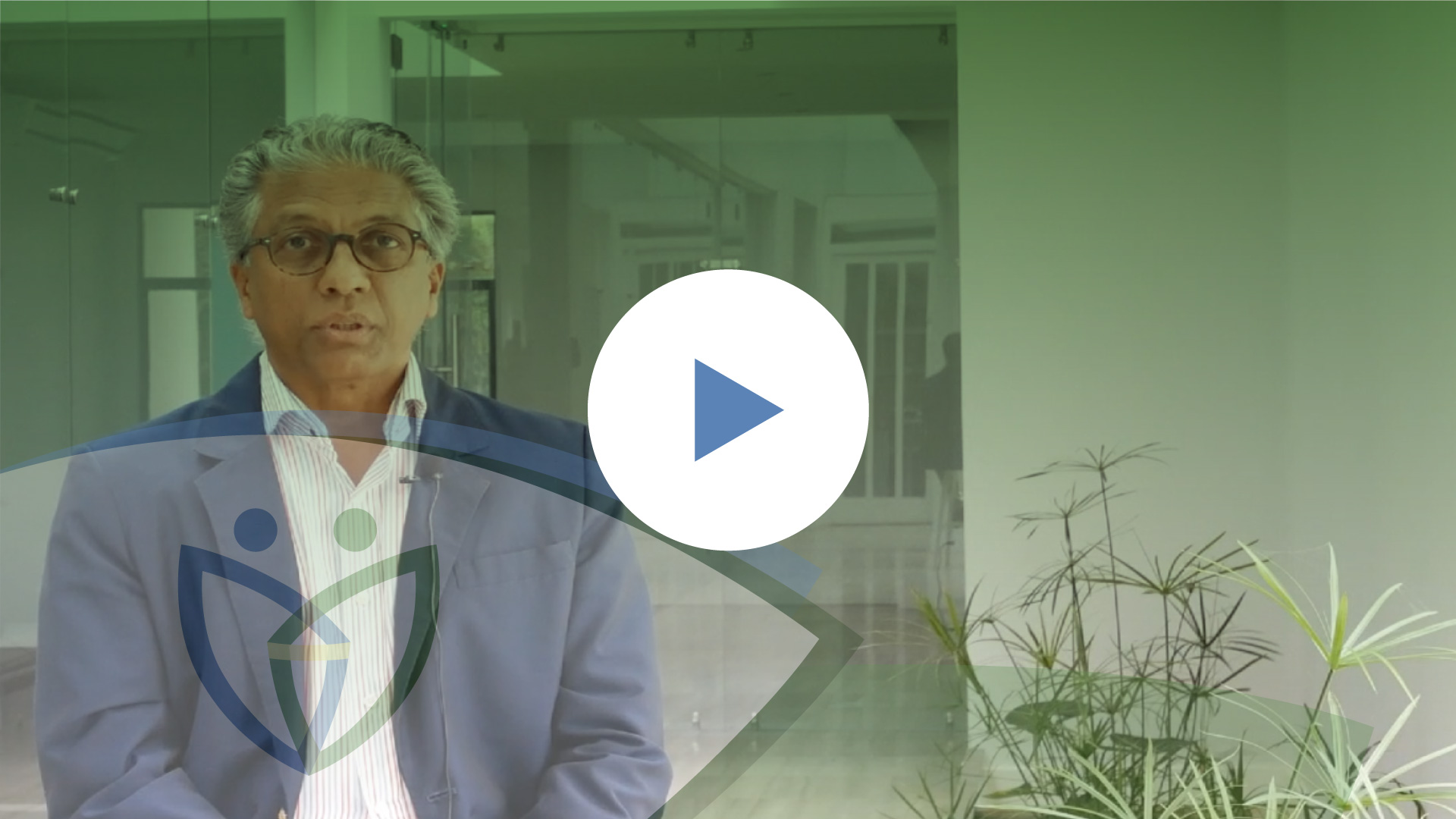 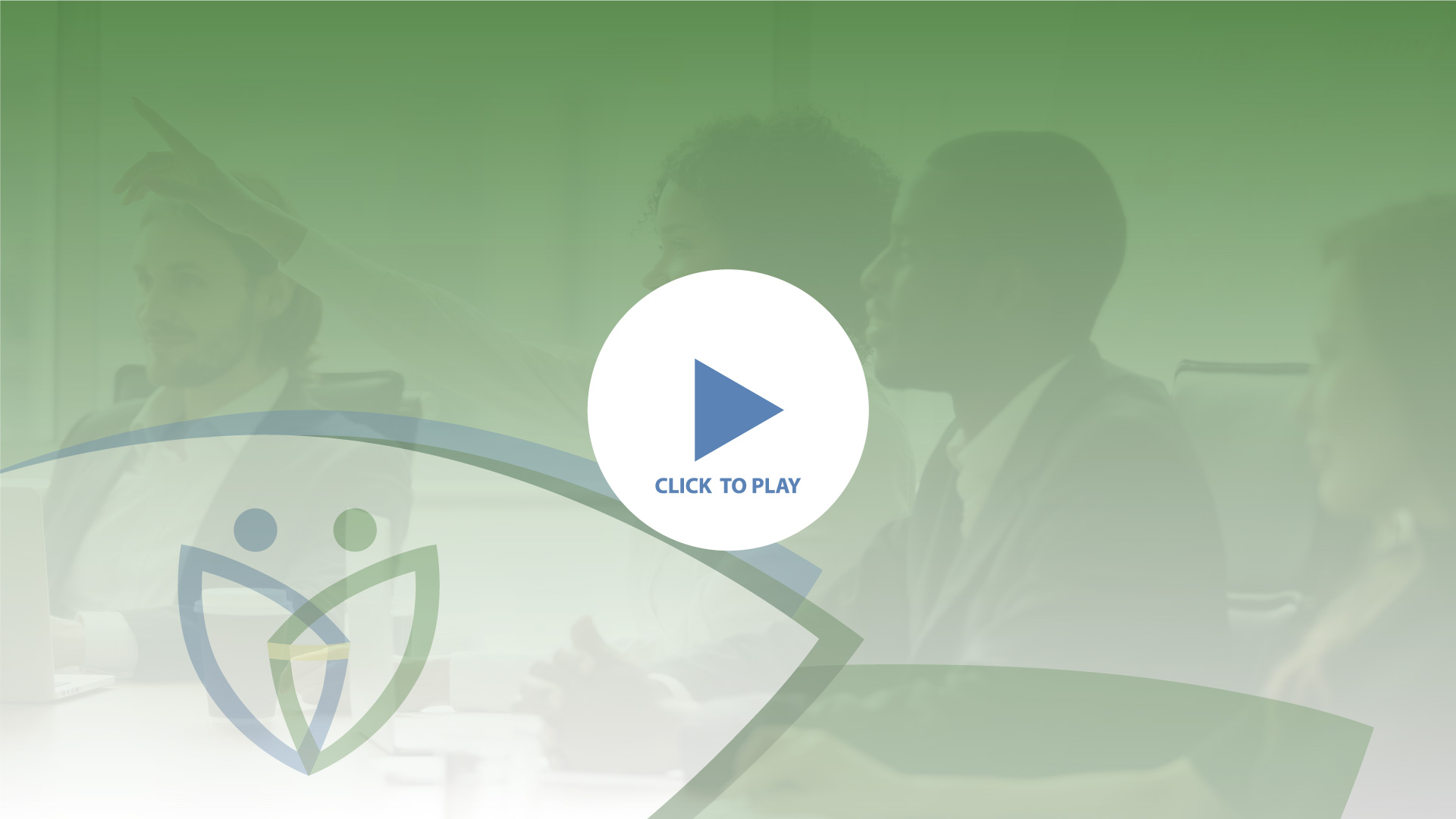 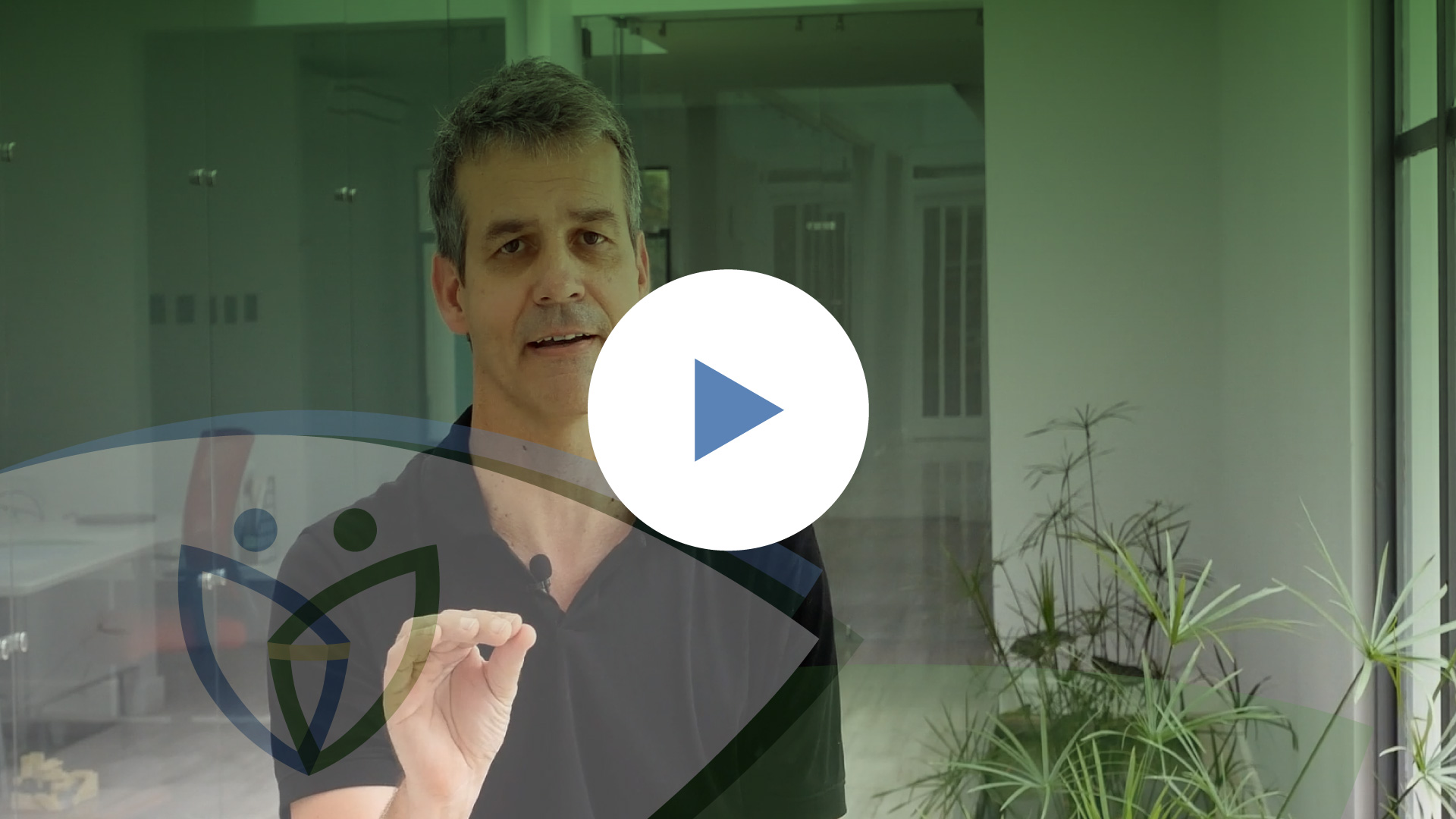 Mr. Reginald T. A. Armour SC, the Chairman of Dialogue Solutions Ltd, is an Attorney at Law in private practice. He is an Advocate in the areas of Commercial Law, Labour Relations Constitutional and Public law, Fraud and, is Consultant Counsel to his clients.

He is a citizen of the Republic of Trinidad and Tobago and of the Commonwealth of Dominica where he continues to maintain an active legal practice, appearing before the High Court and Court of Appeal of the Eastern Caribbean Supreme Court in this regard. He was appointed a Senior Counsel by the President of the Republic of Trinidad and Tobago in 2003. Mr. Armour has a very active and wide Caribbean legal practice. He has variously represented clients before the Caribbean Court of Justice, the Judicial Committee of the Privy Council and, Courts of Appeal and High Courts across the Caribbean.

In pursuing his passion for effective alternative dispute resolution, as a former acting High Court Judge of the Supreme Court of Trinidad and Tobago, he successfully assisted Litigants and their Attorneys to realise mediated resolution of their disputes long before mediation was formally recognized for its inherent value in dispute resolution. As Consultant Counsel he has assisted many clients towards the effective mediated resolution of their disputes.

Additional to his law practice as an Advocate, Mr. Armour has served for the past three (3) years and was recently re-elected Chairman of the Council of Legal Education, the Caribbean Treaty based regional legal body under whose auspices exist the three (3) Caribbean Law Schools in Trinidad and Tobago, Jamaica and the Bahamas.

He has served as President of the Law Association of Trinidad & Tobago for 2015 to 2017. He has also served as an occasional acting Court of Appeal Judge of the Eastern Caribbean Supreme Court and, an acting High Court Judge of the Supreme Court of Trinidad & Tobago. He is a former member of the Law Reform Commission and the Legal Aid Authority of Trinidad and Tobago. In 2007, he was appointed by the President of the Republic of Trinidad & Tobago to serve as Tribunal Counsel to the 2007 Lord Michael Mustill Tribunal and, in 2012 by the Chief Justice of the Eastern Caribbean Supreme Court as Tribunal Counsel to the Stollmeyer Tribunal, sitting in St. Lucia. Both of these Tribunals were constitutional Tribunals established to investigate and report on judicial misbehaviour.

He has co-authored with the late Professor Ralph Carnegie a Report & Recommendations, commissioned by the Organisation of Eastern Caribbean States Secretariat and entitled National Constitutional Issues of an OECS Economic Union and, has written in the areas of public law and labour relations. He is married and the father of two daughters Mr. Anthony D. Vieira has been a practising lawyer since 1983 in civil, industrial, family and criminal law. He is a graduate of the UWI Faculty of Law, the Hugh Wooding Law School, the Institute of International Relations and is a certified advanced commercial mediator.

In the British Virgin Islands, he worked as senior crown counsel in the Attorney General’s chambers, where he prosecuted serious and complex criminal offences and worked closely with the Inspector of Banks and Trust Companies in the regulation of off-shore financial services.

Mr. Vieira has served on numerous committees and held various appointments, including legal consultant to the Minister of Education; member of the committee responsible for the review and drafting of the Telecommunications Bill 2000; and member of the Code of Ethics Grievance Committee of the Trinidad and Tobago Chamber of Industry and Commerce.

Mr. Vieira was a member of the ministerial committee appointed to implement the draft National Intellectual Property Policy. Currently he is the representative of the Law Association on the Mediation Board of Trinidad and Tobago and is attached to the law firm of Mair and Company.

Service on Committees and Various Appointments: Mr. Dennis M.A. Gurley S.C is an Attorney-at-Law, a Notary Public and a senior Partner at J. D. Sellier & Co., and sits on the Board of several companies. He is also a Fellow of the Chartered Institute of Arbitrators. He became a Certified Mediator in Trinidad and Tobago in 2006 and has completed the professional designation of Fellow of the Chartered Institute of Arbitrators. He has mediated several commercial disputes, Chaired an Arbitral Tribunal appointed under the ICC Rules, been a member of an Arbitral Tribunal in an international arbitration and has been appointed sole arbitrator in many arbitrations. Dennis has acted for both Claimants and Respondents in many international and domestic arbitration proceedings in the Caribbean and North America.

Apart from practising as an attorney-at-law, notary public, mediator and arbitrator, Mr. Dennis M.A. Gurley S.C served as Secretary, Treasurer and Vice-President of the Law Association of Trinidad and Tobago and a director of several companies including the President’s Award Foundation, Dispute Resolution Centre, and First Caribbean International Bank (Trinidad and Tobago) Limited. He was also a founding member and Chairman of the Dispute Resolution Centre.

In December 2011, Dennis was awarded the status of Senior Counsel.


Publications:
“Mediation Policies and the Private Sector” in The Lawyer, Feb. 2003.
“Alternative Dispute Resolution – A Commercial Perspective” in The Lawyer, April, 1996. Dr. Axel Kravatzky, is Principal Consultant at Syntegra Change Architects Limited (Syntegra) and founder of Tailored Governance and Governance Mandates. Dr. Kravatzky is the practice lead for Corporate Governance and Strategy. He has been working with Boards of Directors, Board Committees and Executives across various industries for over 20 years.

He is currently serving as co-convenor and technical editor of the new international guidance standard ISO 37000 on “Governance of Organizations”. He was the Founding Chairman of the Caribbean Corporate Governance Institute (CCGI), 2012 – 2016.

Axel is an alumnus of the London School of Economics and Political Science (B.Sc., M.Sc., PhD) and United World College. He has also received training in various areas of Corporate Governance, Strategy, Business Ethics and Risk Management. Mr. Clarke is a co-founder of the investment firm Murphy Clarke Financial where he also serves as the Managing Director. Prior to this, he has held senior positions within Trinidad & Tobago’s Financial Sector, including Scotiatrust and Merchant Bank, RBC Royal Bank (formerly RBTT) and Sagicor Merchant Limited.

He has worked on various pension and segregated plans, including multinationals, Investment Committees and Non Governmental Organizations. He and his team have designed asset allocation models and alternative investment strategies that have proven successful since the financial crisis of 2008.

He is a graduate of St. Mary’s University in Nova Scotia Canada and also holds an Master in Business Psychology from the Franklin University 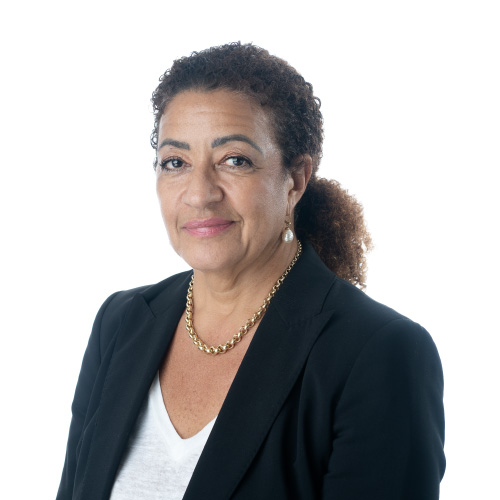 Her Honour Elizabeth Solomon is a Judge of the Industrial Court. She is an experienced mediator who has practiced mediation in a wide variety of political, post-conflict and commercial context around the world. She is a member of the Mediation Board of Trinidad and Tobago. As Trinidad and Tobago’s representative on the Women Mediators Across the Commonwealth Network, she is an enthusiastic advocate for greater inclusion of women in international mediation.

Elizabeth had a full career in journalism before joining the United Nations, thereafter spending the next 17 years as a conflict prevention and peacebuilding practitioner with the UN and OXFAM. Elizabeth’s work in post conflict countries has focused on supporting local efforts to build resilient democratic national institutions in Kosovo, Bosnia, and Somalia. Her work on human rights and development has been in Guyana, Brazil and India.

She spent five years in The Netherlands where she worked with academic institutions including The Institute for Social Studies in Den Haag and the Netherlands Institute of Human Rights in Utrecht. She spent three years as a Senior Political Affairs officer in the Department of Political Affairs at UN headquarters in New York before taking up her post as Deputy Coordinator of the Good Offices in Cyprus where she was a member of the UN mediation team. Elizabeth was later posted as the Peace and Development Adviser to Sierra Leone to support the transition from Peace Keeping to the development mandate of the United Nations Country Team.

Elizabeth holds a degree in journalism and an LLB; at the Post Graduate level, she has qualifications in Human Rights and in International Relations. She is currently engaged in a Master’s programme on Leadership, Coaching and Mentorship. 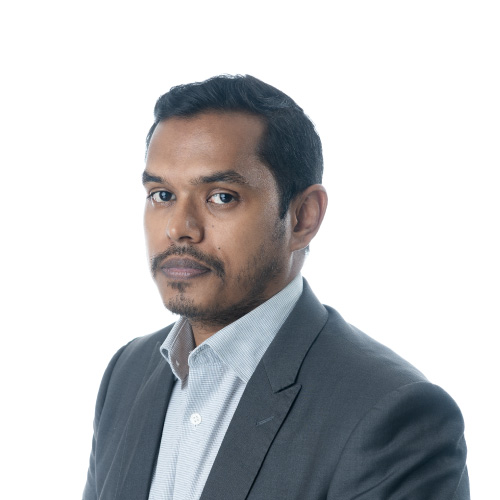 Mr. Gajadhar is the Chief Executive Officer of Dialogue Solutions. He possesses an MSc in Mediation Studies with a focus on Workplace and Corporate Conflict Resolution. He has extensively trained both the public and private sector in Alternative Despite Resolution and effective communication techniques.

Mr. Gajadhar has been working local and international organisations across various industries in the areas of Strategic Planning, Corporate Governance, Team Development, Marketing and Stakeholder Management and Change Implementation.

He has worked both in a lead and advisor roles in strategy, governance, change management and Organisational Development work for multinationals, BSOs, SMEs and NGO clients. He is actively involved with the American Chamber of Trinidad and Tobago and serves as Vice-Chair of its Transparency, Accountability and Governance Committee and is also a member of the Experience and Imaging Committee. He previously served as the Chair of Chamber’s Programme and Events Committee and lead the development of its Charter and Strategy Implementation Plan. He is also working with an internationally based Non-Profit Organisation currently doing work in Trinidad and Tobago and is advising the Board on the development of its Strategy Development and Governance Framework.

Mr. Gajadhar also possesses a BSc in Management Studies with concentrations in Human Resource Management and Marketing. He is an internationally trained Experiential Facilitator having received training from Stucki Leadership & Team Development SA, Switzerland. He is also trained in Corporate Communications and Project Management from the Arthur Lok Jack Graduate School of Business. 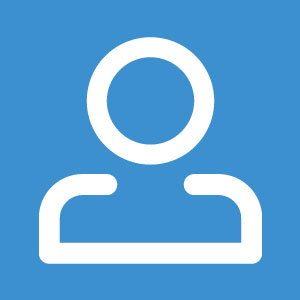 Ms. Sankar holds a Bachelor of Laws (LL.B) from UWI, Faculty of Law and is currently a final year student of Hugh Wooding Law School. She has an interest in ADR Processes and has completed Mediation Workshops and Conflict Resolution Training.

She is actively involved in Human Rights and a current member of the Caribbean Centre for Human Rights; advocating and supporting development for vulnerable minority groups who are denied access to basic human rights. She is also a member of the Cropper Foundation; producing a reporting template for industries based on Extractive Industries Transparency Initiative conjoined with the Economic Commission for Latin America and the Caribbean Treaty.